I am reminded of when my children were young and my son first began to play soccer. At firt, I'd run up and down the sidelines like a maniac trying to get the kids to stay focused and kick the ball (they were 5 or 6 yrs old). After a few sessions of waiting in the stands while they practiced, it occurred to me that in their little minds I was just a ride home. So I decided to spend my time in the nearby weight room, exercising myself, rather than simply watching them exercise. I found out, in the process, that they grew in their own way, and I got stronger along the way. I discovered that it is the nature of children to only care about themselves and their needs, while adults have learned to care about the needs of others.
I bring this up because that scene revisited me the other day when dealing with babes in Christ. I had begun 'running up and down the sidelines' with them, trying to encourage them to grow stronger in the Lord. While in the process, I was growing weaker myself. And it occurred to me, babes only care about getting their own needs met, and the mature care about meeting the needs of others. So there must be at least one more category, huh?--the seasoned. 'The seasoned' are the wise ones that know the difference . . . so they don't get sucked dry by the babes. Insight! I think I'll just go back into the weight room with my Lord, so I'll have the strength to deal with the babes (while the Lord, in His own way and own time, makes them stronger, too)! :jb
p.s. by the way, my son is a bio-medical engineer today :)
Posted by Jeanetta Britt at 4:26 PM No comments: 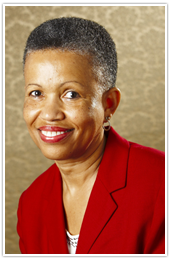